Breast cancer has led the precision oncology field, with the first targeted therapy, tamoxifen, and the associated companion biomarker ER, as well as the second targeted therapy, Herceptin, with HER2 as a biomarker. Breast cancer also had the first multigene prognostic test (OncotypeDx) which has transformed care for early breast cancer, and research into molecular subtyping (intrinsic subtypes) has provided knowledge on mechanism of development and treatment (Nasrazadani, 2018). In addition to his role as principle investigator in the Lee/Oesterreich Lab, Adrian is also Director of the Institute for Precision Medicine at the University of Pittsburgh.

Our current work focuses on liquid biopsy testing in advanced breast cancer. We collect plasma from every consented patient with advanced breast cancer at UPMC Magee Women’s Hospital at every progression and are examining genomic changes using next generation sequencing. Another focus area is the development, characterization and use of organoids developed from clinical specimens of both primary and metastatic breast cancer.  We are applying state-of-the art techniques such as single cell sequencing and spatial analyses in order to understand intratumor heterogeneity and interaction between tumor cells and the tumor cell microenvironment. 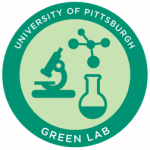